Ronghuai Huang is Professor and Deputy Dean of Faculty of Education in Beijing Normal University (BNU), in which educational technology is one of the National Key Subjects, and director of R&D Center for Knowledge Engineering, which is dedicated to syncretizing artificial intelligence and human learning.

He has been engaged in the research on educational technology as well as knowledge engineering since 1997. He has accomplished or is working on over 60 projects, including those of key science and technology projects to be tackled in the national “Ninth Five-year Plan”, “Tenth Five-year Plan” and “Eleventh Five-year Plan” and the projects in the national 863 plan as well as others financed by the government. He is editor-in-chief of Global Chinese Journal for Computers in Education (GCJCE). In addition, he is currently serving on the Executive Committee of Asia-Pacific Society for Computers in Education (2008-2011).

Dr. Kinshuk is the Dean of the College of Information at the University of North Texas. Prior to that, he held the NSERC/CNRL/Xerox/McGraw Hill Research Chair for Adaptivity and Personalization in Informatics, funded by the Federal government of Canada, Provincial government of Alberta, and by national and international industries. He was also Full Professor in the School of Computing and Information Systems and Associate Dean of Faculty of Science and Technology, at Athabasca University, Canada. After completing first degree from India, he earned his Masters’ degree from Strathclyde University (Glasgow) and PhD from De Montfort University (Leicester), United Kingdom. His work has been dedicated to advancing research on the innovative paradigms, architectures and implementations of online and distance learning systems for individualized and adaptive learning in increasingly global environments. Areas of his research interests include learning analytics; learning technologies;, mobile, ubiquitous and location aware learning systems; cognitive profiling; and, interactive technologies.

Nian-Shing Chen is Distinguished Professor of the Department of Information Management, National Sun Yat-sen University, Taiwan. He received his Bachelor and Master Degree in Industrial Engineering in 1984 and 1986 respectively and his PhD degree in Computer Science in 1990 from the National Tsing-Hua University, Taiwan. He received the distinguished research award from the National Science Council, Taiwan in 2008. His current research interests include assessing e-Learning course performance; online synchronous teaching; mobile learning; knowledge management and information system development methodology.

He is a member of IEEE, ACM and a Past Chair of IEEE Technical Committee on Learning Technology. He is also Co-Editor-in-Chief of SSCI indexed Educational Technology & Society journal.

Guang Chen is Assistant Professor in the School of Educational Technology, Beijing Normal University. He received his PhD degree in Developmental and Educational Psychology from School of Psychology, Beijing Normal University. His research focuses on the cognitive development in information age. Specifically, he i s interested in studying digital textbook in K-12 education. He is the leader of a National Social Science Fund project and takes part in several projects of digital textbook in K-12 education.

Junfeng Yang is an assistant professor at Hangzhou Normal University, whose research interests cover learning environment, distance education, and technology rich classroom. He has got his PhD degree on Educational Technology from Beijing Normal University in 2013.

Rébecca Guillot is a research assistant at Athabasca University, her areas of research interests include interactive and visual environments in learning analytics, augmented reality, math analytics and music analytics. 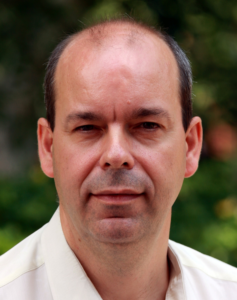 Baltasar Fernández-Manjón is full professor (catedrático) in the Department of Software Engineering and Artificial Intelligence (DISIA) at the Complutense University of Madrid (UCM). He leads the Complutense e-learning research group <e-UCM>. He received a Bachelor in Physics (major in Computer Science) and a PhD in Physics from the UCM. His main research interests are e-learning technologies, educational uses of serious games, application of educational standards, and user-modelling.

He is IEEE Senior Member. He is also member of the IFIP Working Group 3.3 \”Research on the Educational uses of Communication and Information Tecnlogies\” and of the Spanish Technical Committee for E-learning Standarization (AENOR CTN71/SC36 \”Tecnologías de la información para el aprendizaje\”). He is associate editor of IEEE Transaction on Learning Technologies. 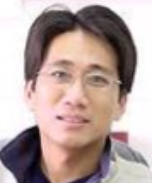 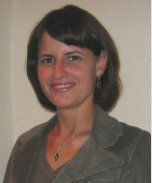 Elvira Popescu is Associate Professor in the Computers and Information Technology Department at University of Craiova. She received her PhD in 2008 under r joint supervision (double degree) from University of Craiova and University of Compiègne, France. Her research interests include technology enhanced learning, adaptation and personalization in Web-based systems, Web 2.0 and social learning environments, and intelligent and distributed computing. 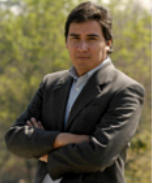 Gustavo Zurita received his PhD in Civil Engineering, with Computer Science major, from Catholic University of Chile. Currently he is an Associate Professor at the Department of Management Control and Information Systems of the Faculty of Economics and Business of the Universidad de Chile. His main research interests include computer supported mobile collaborative learning, collaborative knowledge construction and geo-collaboration.

He has received several awards including various best paper awards, APSCE Young Researcher Leader Award in 2009 and Distinguished Young Researcher Award 2009 from the University of Tokushima. 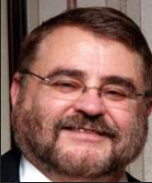 J. Michael Spector is Professor and Department Chair, Department of Learning Technologies, University of North Texas. His recent research is in the areas of intelligent support for instructional design, system dynamics based learning environments, assessing learning in complex domains, distance learning, and technology integration in education. He has served on the International Board of Standards for Training, Performance and Instruction (IBSTPI) as Executive Vice President; he is on the Executive Committee of the IEEE Learning Technology Technical Committee and is Past-President of the Association for Educational and Communications Technology (AECT).

He is the editor of the Development Section of Educational Technology Research & Development, and he serves on numerous other editorial boards. He also co-edited the third and fourth editions of the Handbook of Research on Educational Communications and Technology. 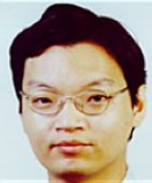 Lung Hsiang Wong is a Senior Research Scientist in the Learning Sciences Laboratory. Graduated from Computer Engineering Division of NTU, he has been involved in research and/or development projects in learning technology for more than two decades. His research interests include mobile and seamless learning, ICT in Chinese Language learning, Computer Supported Collaborative Learning, and in-service teachers\’ professional development. In addition, he is an adjunct lecturer of Singapore Centre for Chinese Language.

He is an Executive Committee member of the Asia-Pacific Society for Computers in Education, and the chairs of mobile learning related Special Interest Groups for the APSCE and Global Chinese Society on Computers in Education (GCSCE) respectively. He is the Singapore representative to Technical Committee 3 (e-Learning), International Federation of Information Processing, UNESCO.

Ming-Puu Chen is a Professor at the Graduate Institute of Information and Computer Education, National Taiwan Normal University, Taiwan. He received his PhD degree with major achievement in Educational Technology from University of Northern Colorado, USA. His major research interests fall in the fields of digital game-based learning, personal epistemology in learning computers and e-learning.

He has served as the Review Board Member of the Information Education Discipline, National Science Council of Taiwan. He also leads the Special Interest Group on Joyful Learning & Society (JL&S SIG) and dedicates to the promotion of research on adopting digital games, robots and intelligent toys for learning. He is also the Deputy Secretary-General of Taiwan E-Learning and Digital Content Association (TELDCA) and has served as Keynote and Invited Speakers in international conferences. 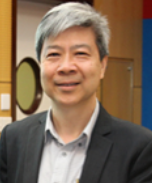 Siu-Cheung Kong is Professor and Head of Department of the Department of Mathematics and Information Technology (MIT), the Hong Kong Institute of Education. He holds a doctorate from the Department of Computer Science of the City University of Hong Kong. His research interests include IT in Mathematics Education, Pedagogy in the Digital Classroom, Information Literacy Education, IT in Science and Inquiry-Based Learning, Policy on Technology-Transformed Education, and Professional development of Teacher for Learner-Centered Learning in Seamless Learning Environments.

He has served as the President of the Asia-Pacific Society for Computers in Education (APSCE). He is also serving as the Editor-in-Chief of the international journal Research and Practice in Technology Enhanced Learning (RPTEL). He is also the Convener of Theory and Practice of Pedagogical Design for Learning in Digital Classrooms International Research Network (IRN) under World Educational Research Association (WERA). He is member of the Assessment and Monitoring Sub-committee of the Quality Education Fund (QEF) of the HKSAR. 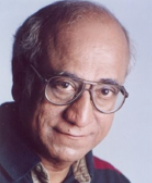 Srinivasan Ramani earned his PhD at IIT Bombay. He has worked at the Tata Institute of Fundamental Research (TIFR), Bombay, and as a researcher at the Carnegie-Mellon University. He left the TIFR where he was Associate Director, National Centre for Software Development and Computing Techniques (NCSDCT) in 1985, and went on to serve as the founding director of the National Centre for Software Technology (NCST), where he played a key role in creating India’s academic network ERNET that brought the Internet to India. He came to Bangalore as the first director of Hewlett Packard Labs India in 2001. He has served as a member of the Expert Panel of Advisors of the United Nation’s Task Force on ICT for Development. He has also served as Chairman of the Computer Society of India and as Chairman of the International Council for Computer Communication. He retired from HP Labs in 2007 and moved on to the International Institute of Information Technology, where he serves as a professor now. He collaborates with HP Labs India in the area of Technology in Education. 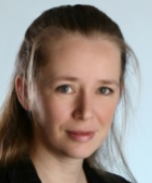 Ulrike Lucke is Professor in the Institute for Informatics at Potsdam University. She received her PhD in 2006 and Habilitation in 2011. Her research interests include interoperability in heterogeneous environments, mobile and pervasive applications, and Infrastructure for e-learning, e-science and e-administration. 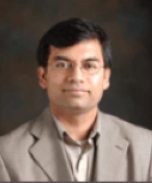 Vive Kumar is Full Professor in the School of Computing and Information Systems at Athabasca University, Canada. He received his PhD in 2001 from University of Saskatchewan under the supervision of Prof Gordon McCalla and Prof Jim Greer.