The 2019 conference will be held in Hangzhou, China.

HZNU can be traced back to the Zhejiang Official Two-level Normal School founded in 1908，one of the six national higher normal schools. In 1978, Hangzhou Teachers’ College was built from the Hangzhou Normal School, with the approval of the State Council. At the turn of the 21st century, Hangzhou Institute of Education and another five institutions were successively combined with Hangzhou Teachers College, and in 2007 Hangzhou Teachers’ College was officially renamed Hangzhou Normal University. For 110 years, HZNU has been following the motto “diligence, prudence, sincerity, forgiveness, as well as elegance and excellence”；Constantly striving for self-improvement; carrying forward the university spirit of “inclusiveness and openness, keeping pace with learning and pursuing excellence”. HZNU has adhered to the principles and characteristics of the “Humanities School, Art Campus”；Growing with the changing times and sharing the destiny of the nation. 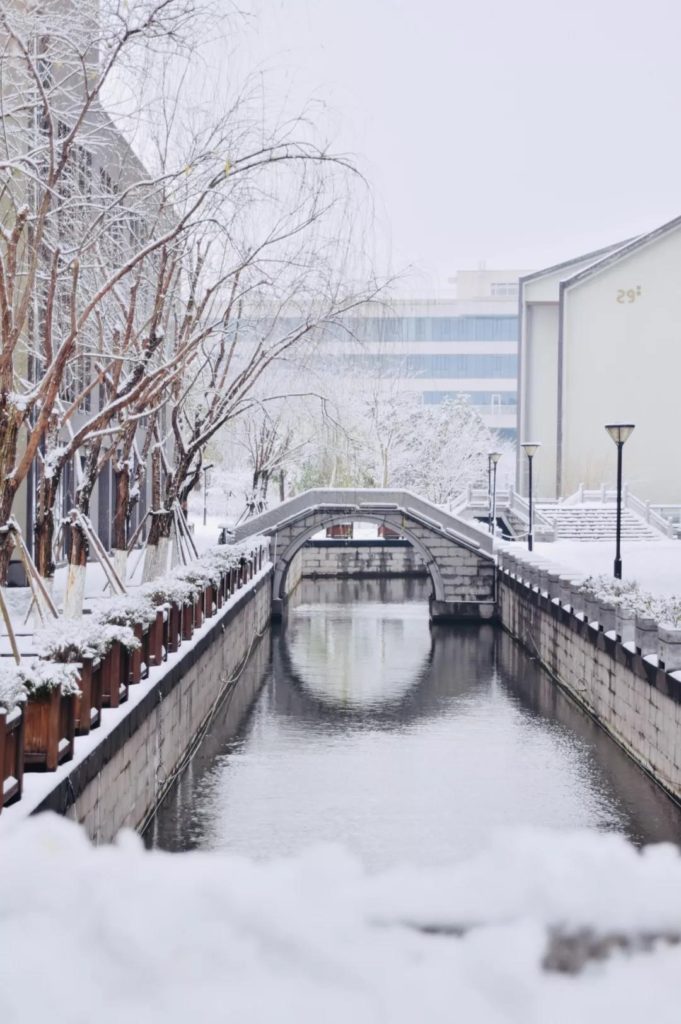 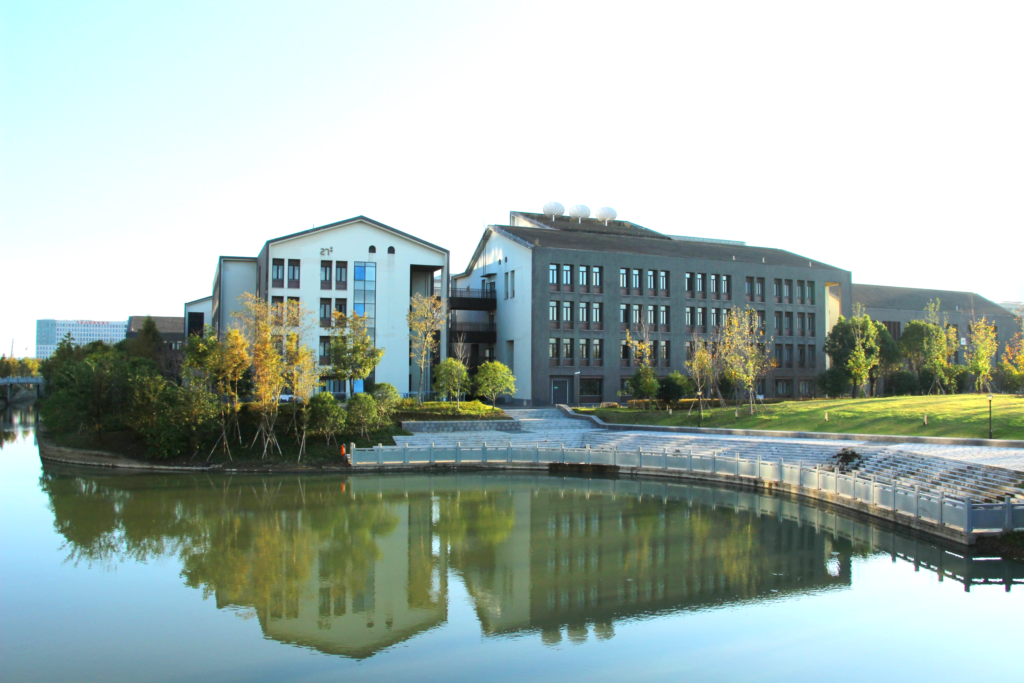 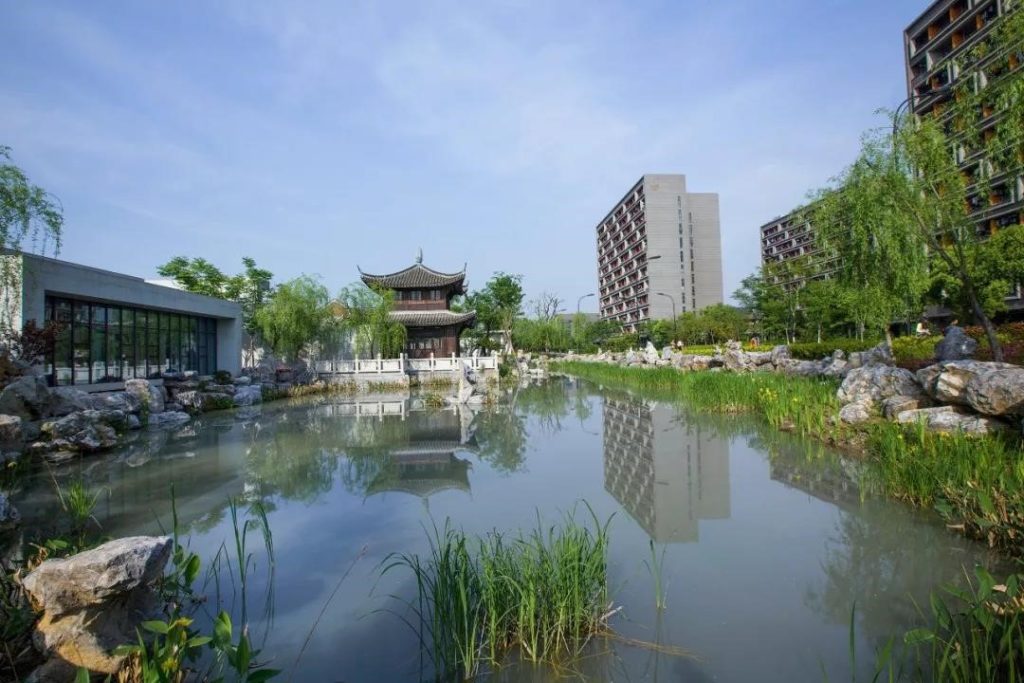 The existing three campuses, Cangqian, Xiasha and Yuhuangshan feature beautiful environment and scenery. They are situated on the banks of Xixi Wetland, Qiantang River and West Lake respectively, covering a total construction area of 1989,000 square meters, with a total fixed assets value of 2.66 billion RMB and a total library collection of 27.23 million volumes. With 19 colleges, 1 public teaching unit and 1 directly affiliated hospital. Chemistry, clinical medicine, botany and zoology are among the top 1% disciplines of ESI. The comprehensive ranking of ESI has been among the top 100 in China for many consecutive years. The awarded National Natural Science Foundation and National Social Science Foundation rank among the top universities in the province. The number of high-quality papers has increased year by year, and the Natural Index of Papers (NI) has entered the top 100 universities in mainland China for three consecutive years. 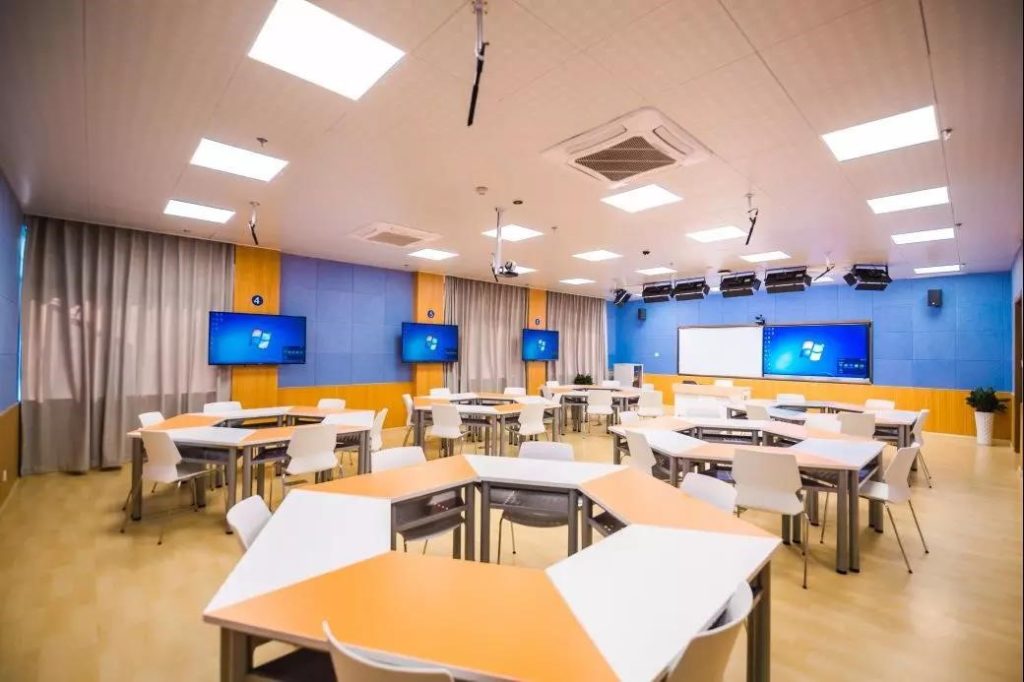 There are more than 2200 faculty staff and 1500 full-time teachers in our university, among which senior professional titles account for nearly 58% of full-time faculty members. The University faculty shines with a constellation of high-level scholars and scientists, represented by 4 shared academicians from Chinese Academy of Sciences and Chinese Academy of Social Sciences, 10 academics participating in the national “Thousand Talents Plan”, 5 Chang Jiang Scholars and 7 Distinguished Young Scholars. In addition, 21 teachers enjoy subsidies from the State Council, and 22 famous teachers and excellent teachers are at or above the provincial level. The school has always regarded teaching quality as its foundation, and sought to promote morality and humaneness. It has inherited the educational thought of its first principal, Mr. Jing Hengyi: “to cultivate personality first and encourage all-round development.” It has built upon the enduring principles of traditional teacher education, while actively adapting to the needs of regional economic and social development. IN so doing it has constructed five new applied subjects, deepened the reform of applied talents training, and vigorously promoted innovation and entrepreneurship education. 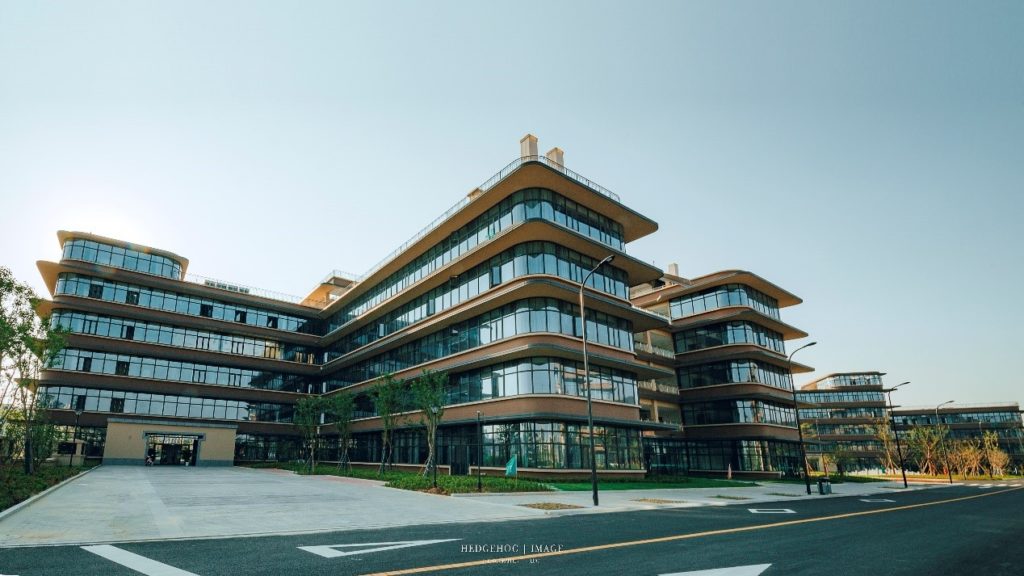 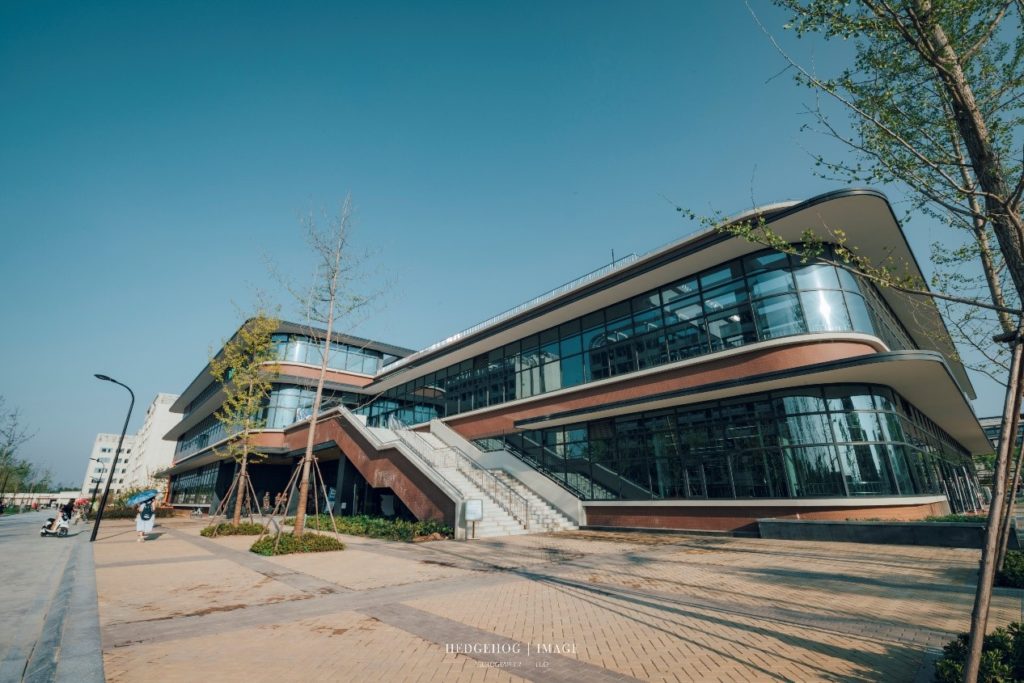 In recent years, the quality of undergraduate teaching in Zhejiang Province has been a predominating concern within our universities. HZNU ranked third among provincial colleges and universities in teaching work and performance evaluation in Zhejiang Province in the academic year 2014-2015. The reform of education and teaching has achieved remarkable results. In the past five years, HZNU has won eight national awards for teaching achievements, ranking among the top universities in Zhejiang Province. It has provided a large number of excellent teachers with advanced educational ideas, high theoretical literacy and practical ability for Zhejiang Province and even the whole country. A number of outstanding alumni such as Ma Yun，chairmen of the board of directors of Alibaba Group, and Cai Ronggen, academician of the National Academy of Sciences, have graduated from HZNU. 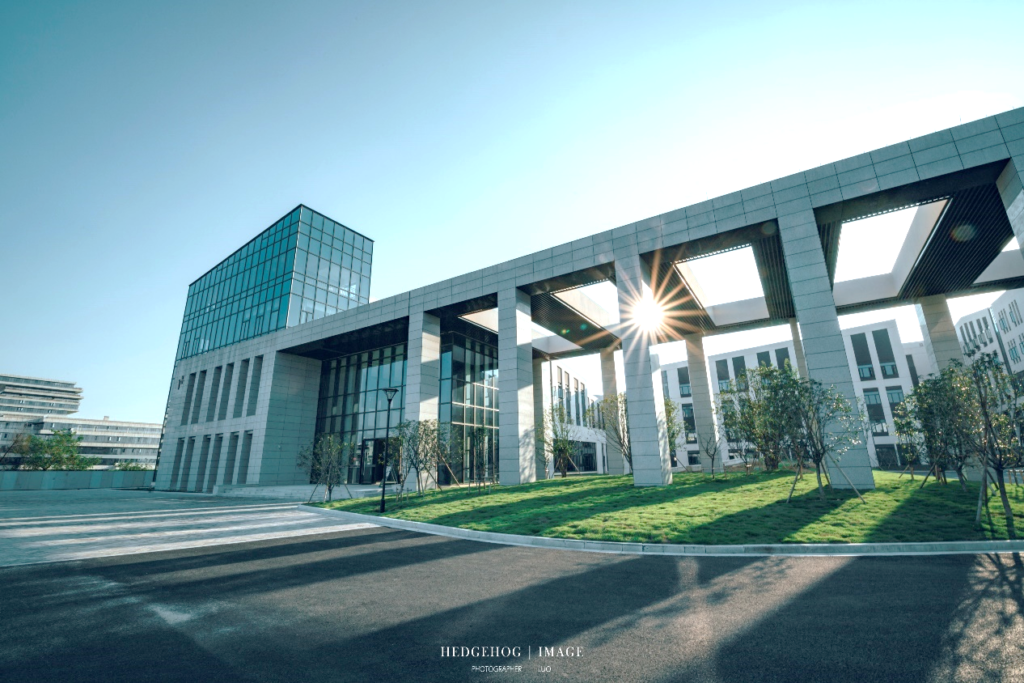 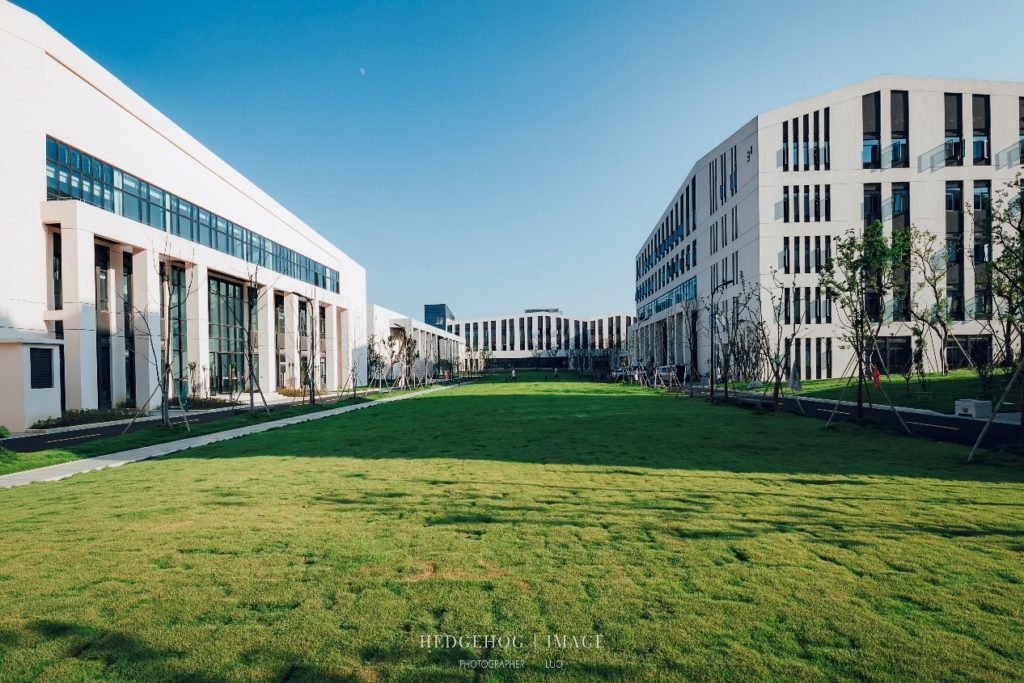 Keeping a close eye on the Belt and Road Initiative and attending closely to what is going on globally， HZNU has comprehensively promoted the process of internationalization of education and the opening of education. It has established inter-school cooperation and exchanges with more than 30 universities in the United States, Britain, Korea, Japan, Australia and Taiwan. It offers a Master of Education Leadership and Management (MA) program approved by the Ministry of Education in cooperation with the University of Canberra in Australia, and a Confucius Institute jointly established with the Middle Tennessee State University in the United States. HZNU is among the first universities to be accredited by CEAIE for international student education. 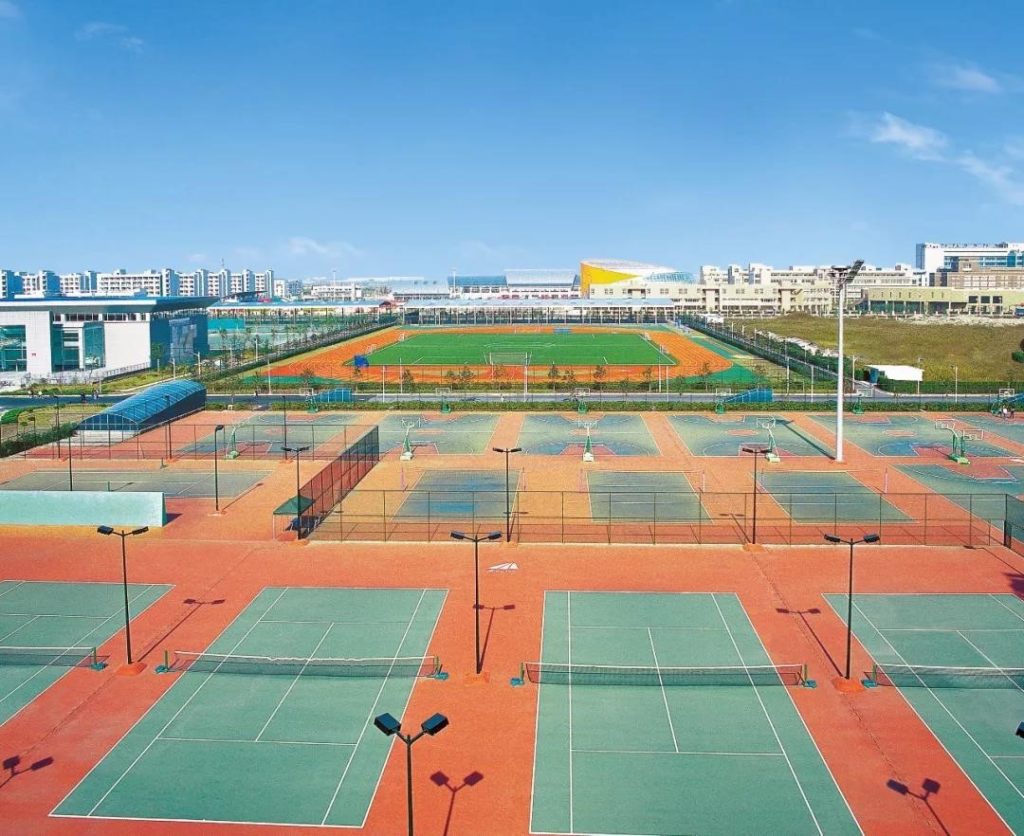 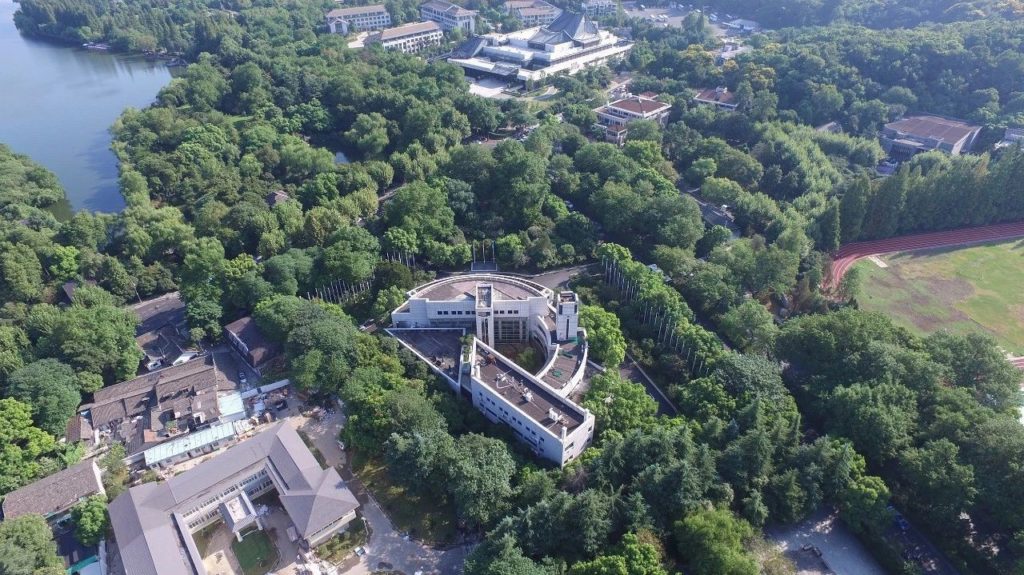 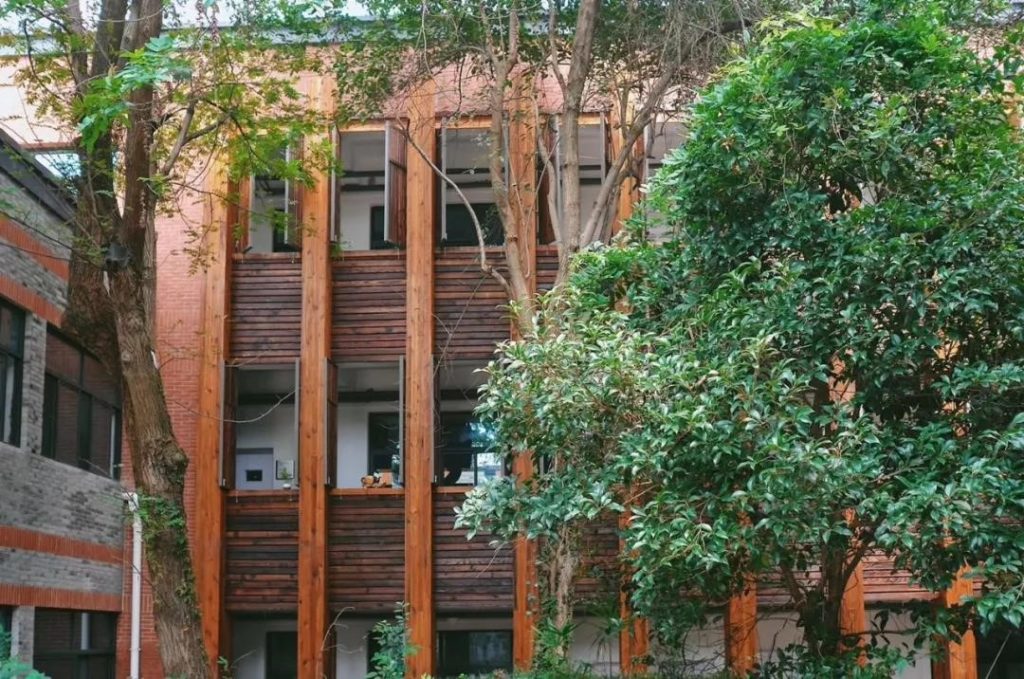 At present, our university is united in its unremitting efforts to accelerate the construction of a first-class university with academic strength, distinctive features and strong culture.

One of China’s most enduringly popular holiday spots, Hángzhōu (杭州) dreamy West Lake panoramas and fabulously green hills can easily tempt you into long sojourns. Eulogised by poets and applauded by emperors, the lake has intoxicated the Chinese imagination for aeons. Kept spotlessly clean by armies of street sweepers and litter collectors, its scenic vistas draw you into a classical Chinese watercolour of willow-lined banks, mist-covered hills and the occasional shíkùmén (stone-gate house) and old lǐlòng (residential lane).

Wonderful as it is, Hángzhōu’s charms are by no means limited to West Lake scenery – delve further into the city to climb ancient pagodas and discover blissfully quiet temples. Away from the tourist drawcards exists a charismatic and buzzing city in its own right, with wide pedestrian walkways to wander, an unpretentious and exciting food scene, upbeat nightlife and increasingly cosmopolitan population.

The very definition of classical beauty in China, West Lake is utterly mesmerising: pagoda-topped hills rise over willow-lined waters as boats drift slowly through a vignette of leisurely charm. Walkways, perfectly positioned benches, parks and gardens around the banks of the lake offer a thousand and one vantage points for visitors to admire the faultless scenery. 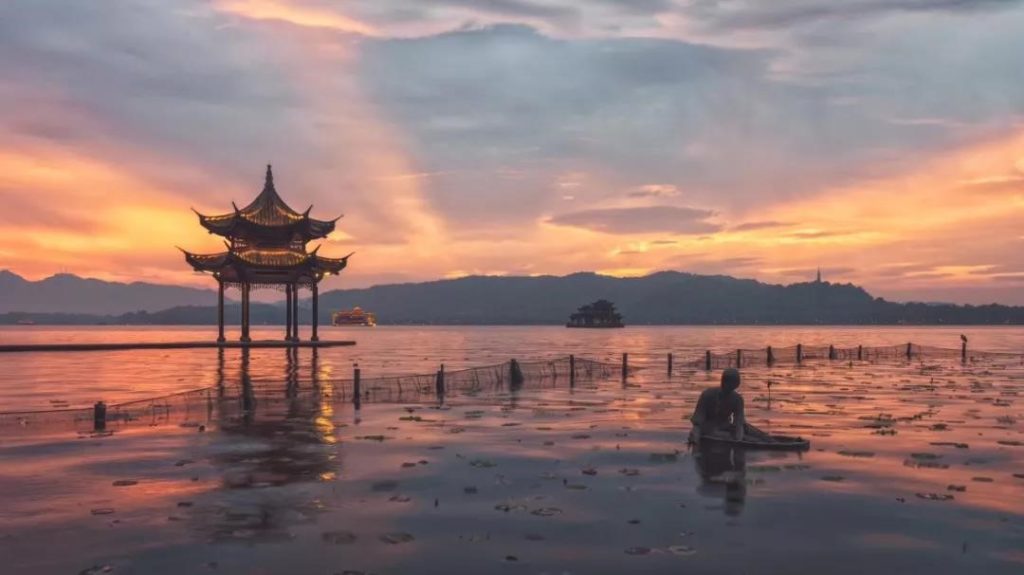 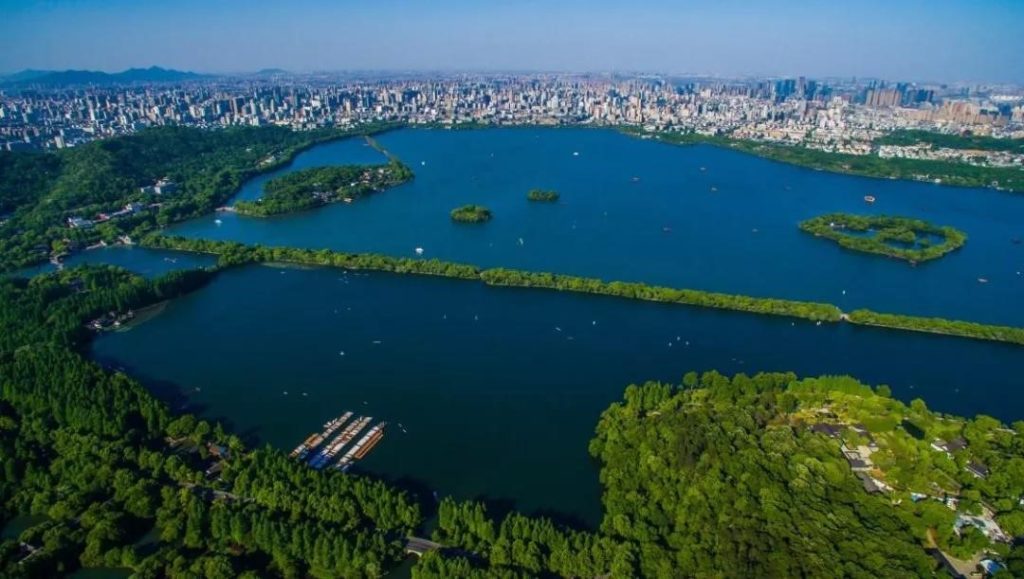 Originally a lagoon adjoining the Qiantang River, the lake didn’t come into existence until the 8th century, when the governor of Hangzhou had the marshy expanse dredged. As time passed, the lake’s splendour was gradually cultivated: gardens were planted, pagodas built, and causeways and islands were constructed from dredged silt.

Celebrated poet Su Dongpo himself had a hand in the lake’s development, constructing the Su Causeway (苏堤, Sūdī) during his tenure as local governor in the 11th century. It wasn’t an original idea – the poet-governor Bai Juyi had already constructed the Bai Causeway (白堤, Báidī) some 200 years earlier. Lined by willow, plum and peach trees, today the traffic-free causeways with their half-moon bridges make for restful outings. 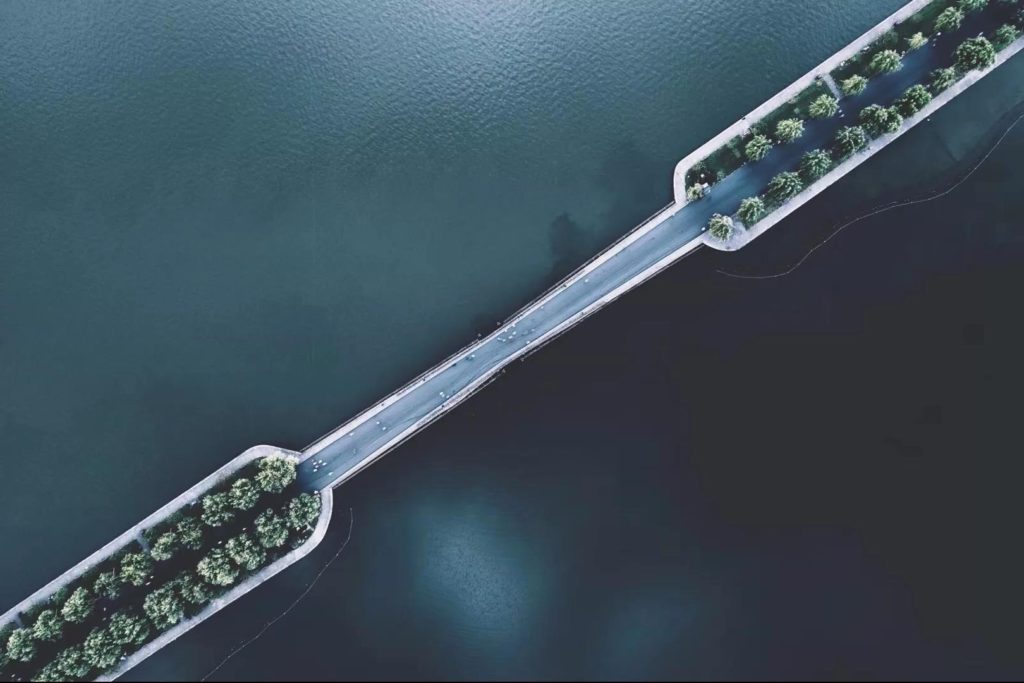 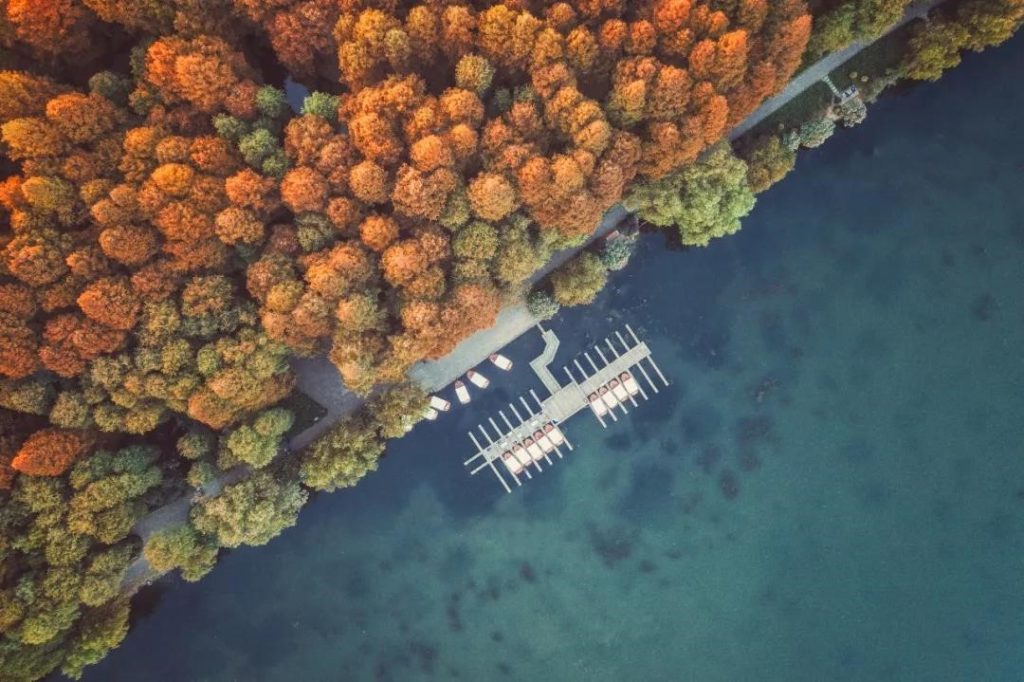 Lashed to the northern shores by the Bai Causeway is Gushan Island (孤山岛, Gūshān Dǎo), the largest island in the lake and the location of the Zhejiang Provincial Museum and Zhongshan Park. The island’s buildings and gardens were once the site of Emperor Qianlong’s 18th-century holiday palace and gardens. Also on the island is the intriguing Seal Engravers Society, though it was closed for renovations at the time of research, dedicated to the ancient art of carving the name seals (chops) that serve as personal signatures. 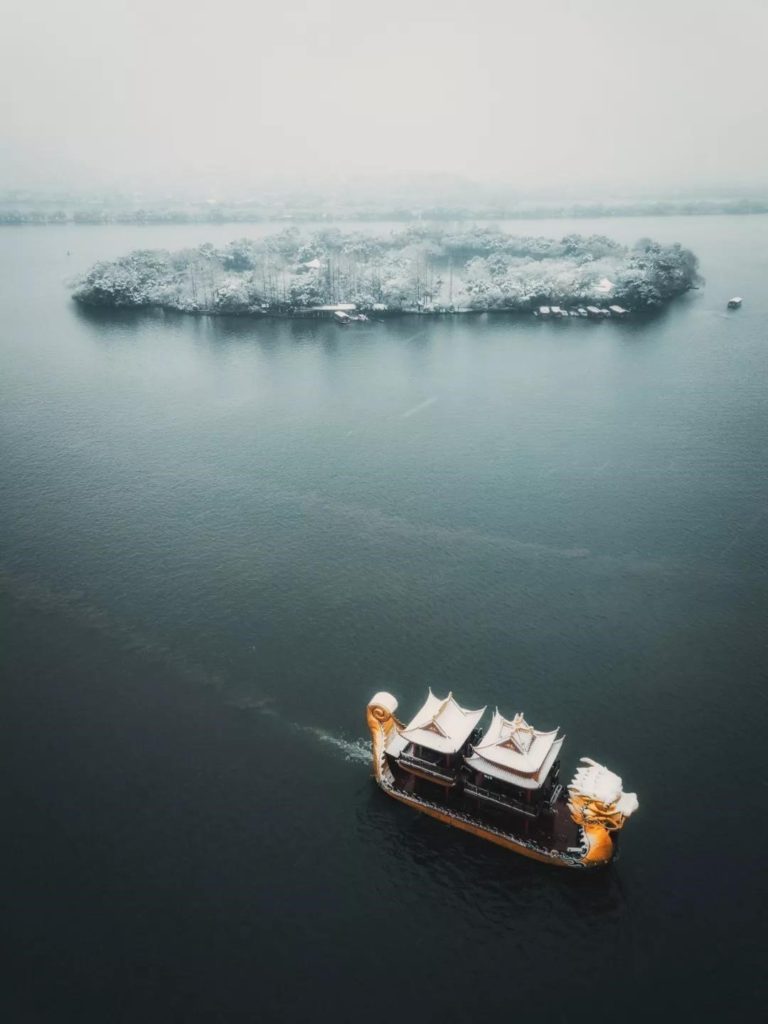 The northwest of the lake is fringed with the lovely Quyuan Garden, a collection of gardens spread out over numerous islets and renowned for their fragrant spring lotus blossoms. Near Xiling Bridge (Xīlíng Qiáo) is Su Xiaoxiao’s Tomb, a 5th-century courtesan who died of grief while waiting for her lover to return. It’s been said that her ghost haunts the area and the tinkle of the bells on her gown are audible at night.The smaller island in the lake is Xiaoying Island, where you can look over at Three Pools Mirroring the Moon, three small towers in the water on the southern side of the island; each has five holes that release shafts of candlelight on the night of the mid-autumn festival. From Lesser Yíngzhōu Island, you can gaze over to Red Carp Pond, home to a few thousand red carp. 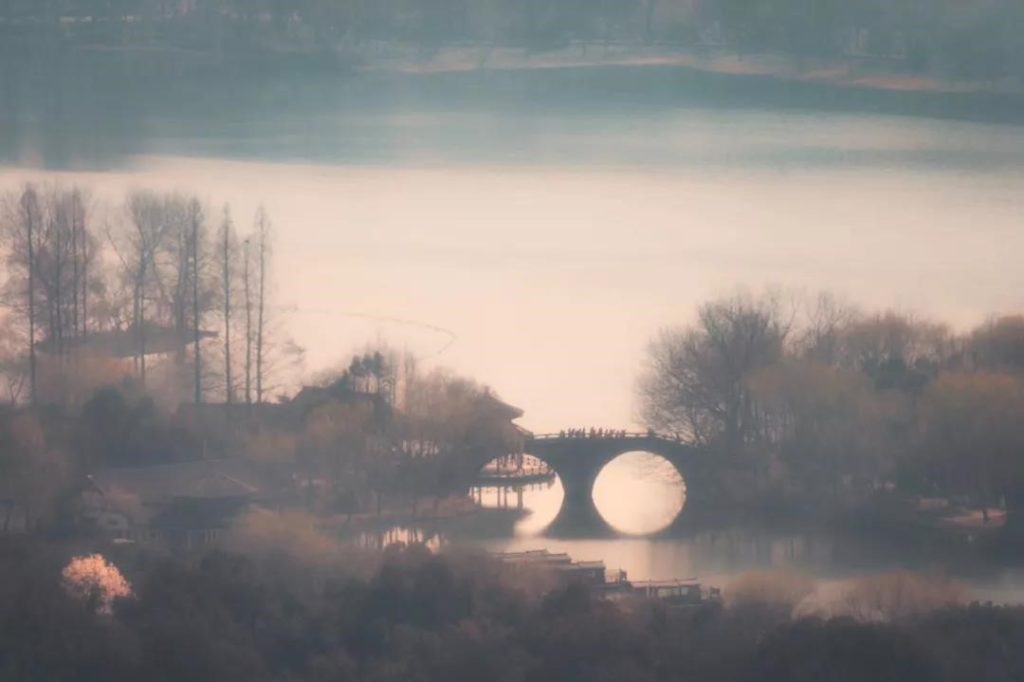 Impromptu opera singing, ballroom dancing and other cultural activities often take place around the lake, and if the weather’s fine, don’t forget to earmark the eastern shore for sunset over West Lake photos. It’s hardly needed, but musical dancing fountains burst into action at regular intervals throughout the night and day, close to Lakeview Park. Crowds can be a real issue here, especially on public days off when it can seem as if every holidaymaker in China is strolling around the lake. Escape the jam of people by getting out and about early in the morning – also the best time to spot the odd serene lakeside taichi session. The best way to get around the lake is by bike or on foot. 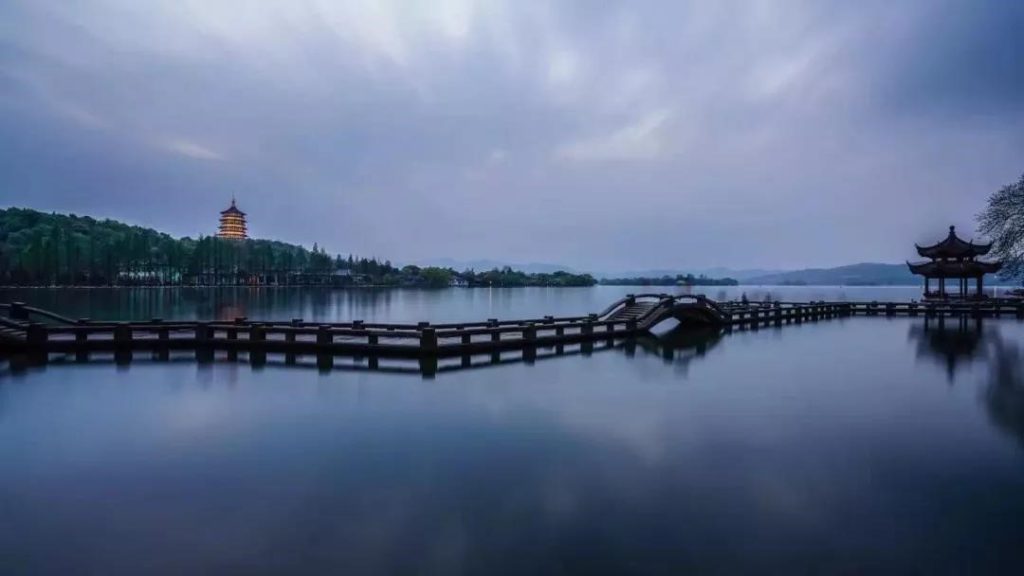 The serene yet monastically active Chan (Zen) Jingci Temple was originally built in AD 954 and has been fully restored. The splendid first hall contains the massive, foreboding Heavenly Kings and an elaborate red and gold case encapsulating Milefo (the future Buddha) and Weituo (protector of the Buddhist temples and teachings). The main hall – known as the Great Treasure Hall – contains a vast seated effigy of Sakyamuni (Buddha).

Hunt down the awesome 1000-arm Guanyin (千手观音) in the Guanyin Pavilion, with her huge fan of arms. The temple’s enormous bronze bell is struck 108 times for prosperity on the eve of the Lunar New Year. There’s a vegetarian restaurant attached. 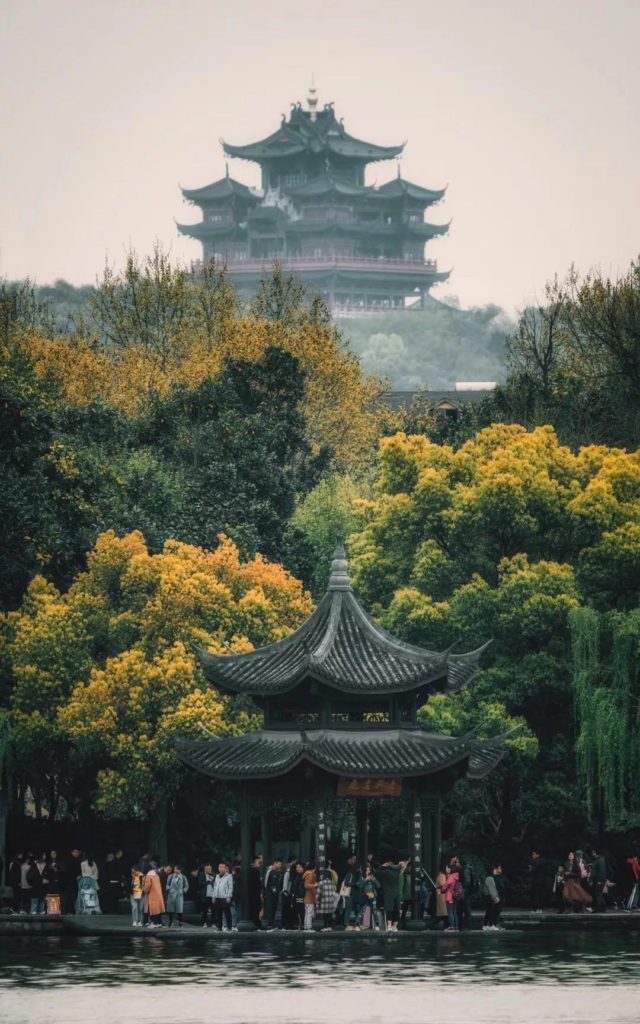 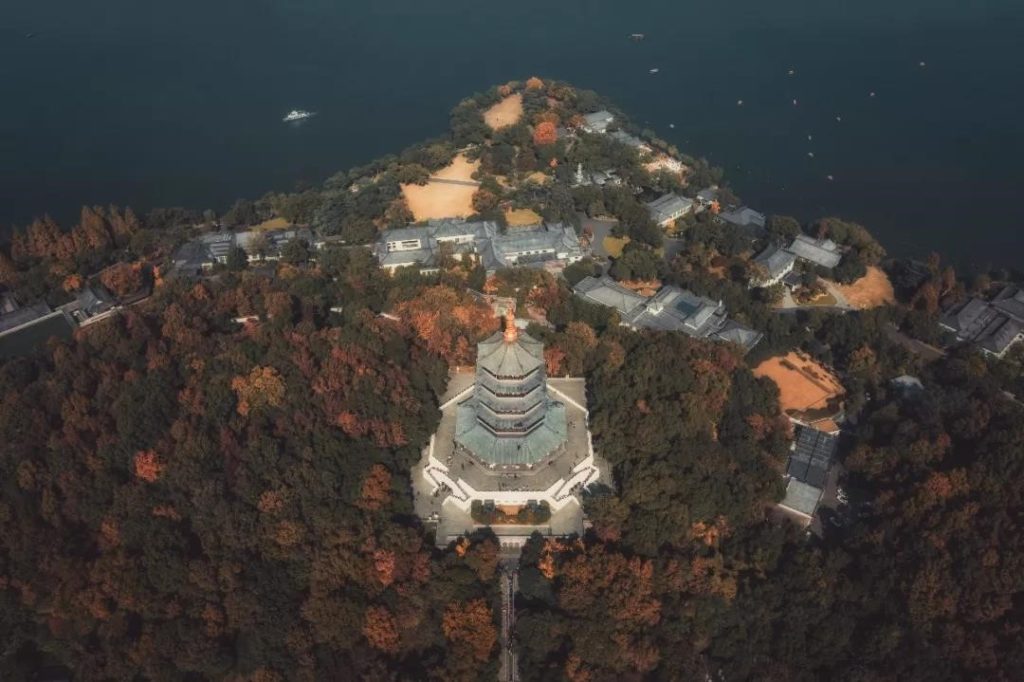 Hangzhou’s most famous Buddhist temple, Lingyin Temple was originally built in AD 326, but has been destroyed and rebuilt no fewer than 16 times. During the Five Dynasties period (AD 907–960) about 3000 monks lived here. The Hall of the Four Heavenly Kings is astonishing, with its four vast guardians and an ornate cabinet housing Milefo (the future Buddha). The Great Hall contains a magnificent 20m-high statue of Siddhartha Gautama (Sakyamuni), sculpted from 24 blocks of camphor wood in 1956 and based on a Tang dynasty original. 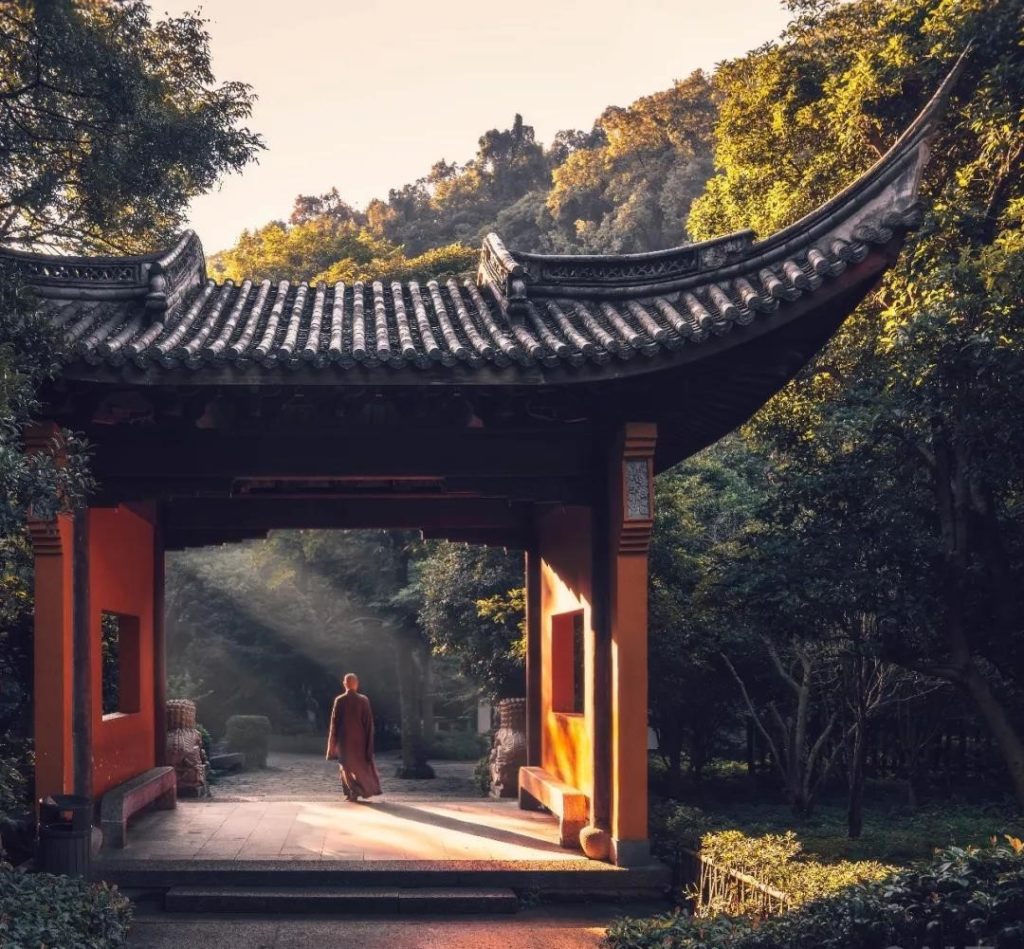